A paper from school year 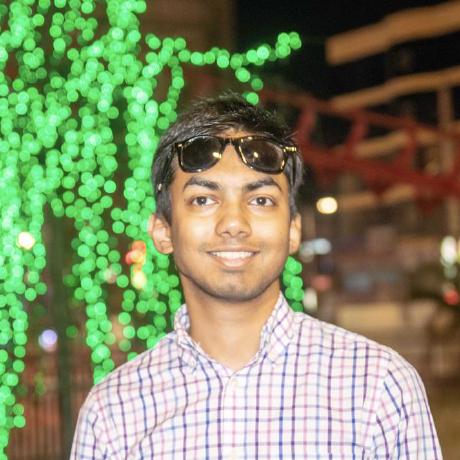 TLDR: This was a paper I wrote during my school year. Kept it to compare my writing skill improveemnts. It’s summary: Open source software has many advantages, including being free, flexible, and more secure. However, it also has some disadvantages, including the potential for security concerns and a lack of support. Overall, the benefits of open source software outweigh the disadvantages.

Brief History: The history of open source software is among the longest in terms of time period the history of software. In fact, in the beginning there was only free open source software. Later proprietary software was born and dominated software industry until recently. According to Jesús M. González-Barahona's document, in the 1960's IBM's first large-scale commercial computers were open source, in a sense that it could be freely shared and modified among its users (Jesus, 2000). However in mid- 1970's IBM's policy was changed and users were not allowed to see or redistribute the source code (Jesus, 2000). Same trend continued during 1970's and 80s when software developers closed off their software source code from users. At early 1985 Richard Stallman, a formal programmer at MIT lap resigned and launched the GNU project and Free Software Foundation which promoted the production of more free and open source software (Wheeler, 2007). During Early 1990's open source software were developing in several isolated groups because of the limitation in communication. The growth of open source slowly accelerated during 1990's because of USENET and the internet that helped coordinate transitional efforts and build up user communities (Jesus, 2000). The late 1990's open source system based on GNU and Linux gained public acceptance and became alternative to proprietary systems. During 2002 Mozilla Firefox browser and OpenOffice.org office suite were announced. During late 2003 open source operating system, Android Inc., was found which right now is owned by Google and the leading software in portable devices (Markoff, 2007).

Open source is a gift that keeps on giving to everyone. Open source software not only gives benefits to its users but also the rival software industries. Today it is possible to pirate almost any software someone if has basic knowledge of how to search the internet. The number one reason why people pirate software is because it costs money. In my opinion a very few people would download pirated 3 GB version of Microsoft office 2010 for hours with risk of having virus, spyware, worm and chance that this version doesn't even work, when instead they can get OpenOffice.org for free. Since Open source software gives users alternative choices for free it should reduce, if not, stop software piracy.

Disadvantages: While the users of the Open Source software get countless benefits, Open Source software ironically harms software industry and it self. Since many of open source software relies on donation rather than selling the software for cost, they may not always generate the operating cost. Also by providing free alternative source of software it's harming the interchangeable proprietary software. According to research done by Standish Group, open source software is costing proprietary software industry by about $60 billion per year which is about 6% of worlds software market (Rothwell, 2008). This is most likely to increase in future considering the rate of growth mentioned in Wheeler's paper (Wheeler, 2007).

In addition to the security concerns, open source software isn't always supported. Most of the time no one is actually responsible for updating or maintaining the software, though the community based open sources are supported by the community. So if something goes wrong, users are pretty much on their own.

(Derek Blackadder is a national representative with the Canadian Union of Public Employees and senior Canadian correspondent for LabourStart.org. He states the advantages and disadvantages of open source software by pointing out the difference between Firefox vs Microsoft's software and Facebook vs Unionbook.)

(The author, Jesús M. González-Barahona, is currently researching and teaching in Universidad Rey Juan Carlos de Madrid. He has a PhD. in Telecommunications and experience in working for the industry. The document itself is backed up by multiple creditable sources.)

(This newspaper article gives stats based on study research from Evan Data on what is the top used IDE. Evan Data is a professional market research company which I believe is reliable.)

(John Markoff is the senior writer for The New York Times, writes for the paper's science section. So his writings are defiantly good source.)

(The author of the article doesn't receive any material benefit from software standards organizations or from software and his opinions are backed up by references so I consider this reliable.)

(Though the magazine's article itself is opinion oriented, the evidence and stats are from a paid, well known research group.)

(David A. Wheeler, a professor in Department of Computer Science at GMU, gave in depth details on the advantages on Open Source software supported by statistics and market studies.)